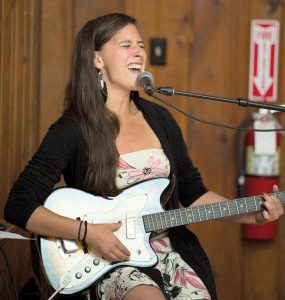 Julie is a vocalist and secret beatboxer who likes to toodle on whatever instruments she can find. After spending a year street performing her way across the country from the East Coast and writing about her adventures, Julie made her home in Portland and has been teaching and playing music here since. She is studying to be a therapist and loves incorporating somatic therapy into her music lessons, helping people find their authentic voices.

When she’s not playing music or in school, Julie can be found chucking balls at people while playing trampoline dodgeball. No, we don’t understand it either. 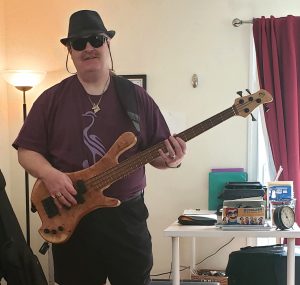 Jim is a musician, teacher, and podcaster who used to be a juggler. But instead of juggling balls or clubs, now he juggles notes. In addition to bass, he also plays a variety of guitars, the Japanese koto, and harp guitar. He plays these as a solo musician at venues around the Pacific Northwest.

When he’s not playing music, Jim works underwater as a tour guide aboard the USS Blueback. He also serves as a mentor to other musicians in the Bandmakers program and is the creator of The Acoustic Pedestrian, a podcast that focuses on bringing people together through art & other creative pursuits. 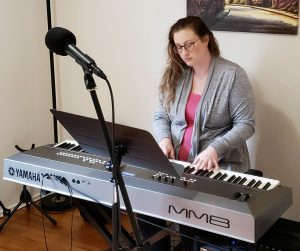 It’s safe to say that music is Laura’s calling. She’s been playing keyboard since she was five, and has added skills in saxophone and backup harmony singing. Her talents have taken her to gigs around the Pacific Northwest, including playing with bands like Silverhill and Eli Westin.

Laura has a BA in Music from Western Washington University in Bellingham and is currently studying Music Education at Portland State University with an eye to being a full-time music teacher. To help hone her teaching skills, she teaches piano for private students at home and for the Happy Valley Arts Academy.

Aside from music, Laura spends her time being kind to animals (especially her cat) and using her Spanish speaking skills to study Spanish and Latin American cultures. We won’t say she’s the girl who likes Ipanema, but we might think it occasionally. 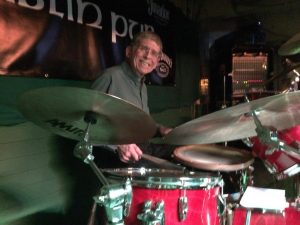 Rick likes to hit things. He plays drums, hand percussion, vibraphone and electronic mallet instruments. He’s originally from Philadelphia, where as a teenager he cut his musical teeth playing in blues bands. He has a long-running gig as the drummer in the Red Shoes Band and has a history of working with Northwest performers of various musical styles.

When he’s not playing music, Rick teaches and advises psychotherapists working with individuals and families impacted by problem gambling. He also loves the outdoors and studies natural rhythms on his long walks.